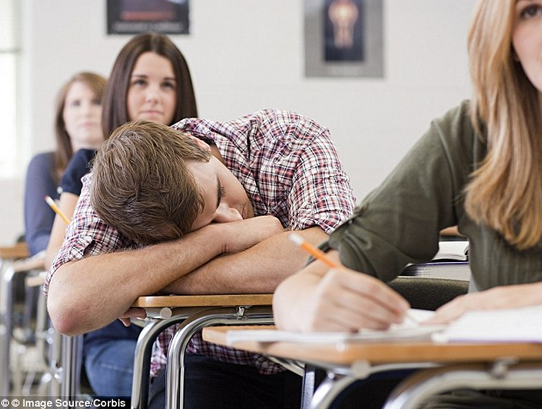 “Given that the primary focus of education is to maximize human potential, then a new task before us is to ensure that the conditions in which learning takes place address the very biology of our learners.”

As a health teacher, it’s disheartening when the things that you teach aren’t supported by the institution that you work for.

The research is clear. Teens have a later sleep cycle. In order to get the 9.25 hours of sleep we’re telling them they need – as opposed to the 7.1 hours they’re currently getting – we’re going to have to let them sleep in.

With all of the talk about schools needing to support student wellness, I can’t help but be reminded of my first year as a health teacher… trying to teach nutrition at a school that rented out its cafeteria to Taco Bell, Carl’s Jr., and Pizza Hut. A school that made money off of vending machines full of Flaming Hot Cheetos and Mountain Dew. It seems crazy when I think about it now, but ten years ago, in public high schools, that was the norm. And then the powers that be were left scratching their heads over our growing obesity problem.

So now, the vending machines are gone, and schools are slowly making over their cafeterias. But it’s been a long and arduous journey- with a long, long way to go. You’d think we would have learned our lesson, and you would think, that with all of the research coming out about the impact of sleep deprivation on our teens, that we would move a little bit faster this time.

The movement for later start times has been gaining more attention, and in August of this year, the American Association of Pediatrics released a policy statement calling for schools to push to at least 8:30 to sync up more with the sleep cycle of teens… but so far, only a small percentage of districts have gotten on board.

Yes, budgeting is an issue. But that’s what they told us about the vending machines.

Legislation has been proposed and the debate is heating up.

What a great way to teach high school students about advocacy and sleep at the same time. Show this special, find out where your district stands, and give them time to see where they can take it.

Some ideas for further learning:

1. Have students research the amazing benefits of sleep, as well as the dangers associated with sleep deprivation. Look at some of the other factors that can impact our sleep habits, like stress, screen time, and procrastination.

2. Have them read about Jilly Dos Santos, who successfully advocated for her school to push back their start time to 8:55 a.m. in 2013. She’s featured in the September issue of Choices, Scholastic’s health magazine for teens. The kids can access the article online, and if your school has a subscription, you can download the teacher handouts directly from their site.

3. Direct them to some of the abundant resources from the National Sleep Foundation:

4. Have a discussion about the power of social media as a tool for advocacy and social change. Look at past examples and then have them use resources like Change.org, Thunderclap, or the social media platform of their choice to get the word out… and then maybe we’ll all get to sleep in.

And don’t forget to tune in on Sunday at 8 for Sleepless in America on the National Geographic Channel. 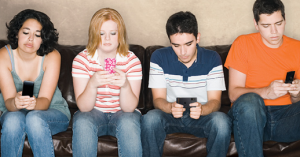 Did you know that the average American teenager processes 3700 text messages a month? News Clip: MSN Maybe it’s time to put down the phone and actually 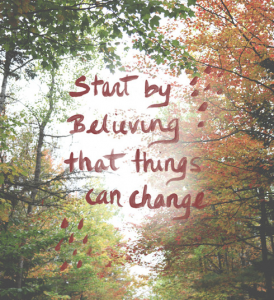 Health & Wellbeing ResourcesOur rapidly changing world presents a whole new set of opportunities and challenges for everyone in the school community. Not sure where