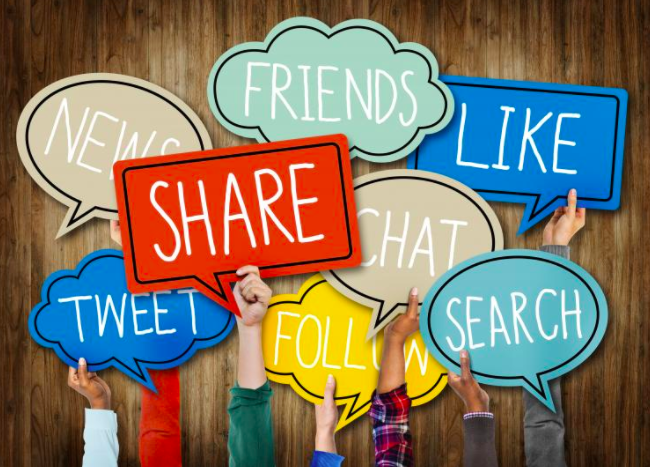 The Power of Social Media to Teach Kids Advocacy

The Internet is an amazing thing. When we look at the impact of it on the social and emotional health of our kids, it’s easy to go negative- especially with some of the headlines out there – but if we take time to focus on the positives too, then they’re more likely to come to us when they need our support.

One of the ways we can do that is by sharing stories with them about kids who are using the Internet to bring about big social change.

This is one of my favorite projects, as it has the students picking a topic they feel passionately about, finding an advocate or advocacy group that supports it, doing a little research, and then sharing their work with the class. It’s done by our 8th graders, but could easily be adapted for any grade.

Typically, I introduce the project by discussing an advocate we’ve learned about in class. When we started doing this project four years ago, it was mainly adults – Jamie Oliver, Michelle Obama – or groups like Above the Influence and SADD.

And then a couple of years ago, I started to notice a shift. The advocates we were seeing in the news were getting younger and younger. We learned about Jeremiah Anthony, who used Twitter to stop cyberbullying in his school, and Julia Bluhm with her petition to get Seventeen magazine to stop using Photoshop… exciting examples of kids their age using social media to do big, big things.

And then this year, we heard about one that really struck a chord.

In October, we read about 12 year-old McKenna from Phoenix. She was upset with the lack of girls featured in the basketball catalogue for Dick’s Sporting Goods, so she wrote them a letter of complaint.

Then her father – a local sportscaster with a bit of a Twitter following – proudly put it online. Other people took notice and the retweets and favorites followed. When the response letter she got was less than ideal, he tweeted that one out too, which led to more retweets, some media attention, and then an official apology from the CEO.

This story serves as a great example of advocacy for the kids. Her letter was firm but polite, assertive, and ended on a positive note. She had someone more powerful than her to help get the message out, and then followed up when she didn’t get results.

Here’s a link from Huff Post Teen with all of the letters and tweets to share with the class.

That article led to a great discussion with my students – not just about advocacy – but about goal setting, communication, media influence, gender equality, positive social media use, and so much more.

And then a few weeks ago, Dick’s released a new commercial… featuring a girl, a basketball, and a touching holiday message.

Seeing that video, just two months after we first learned about McKenna, left my students with a very powerful message.

Advocacy works, age is not a roadblock, and social media – when used for good – is an amazing and powerful gift.

And hopefully tomorrow, when they head for their holidays, with all of that free time on their hands, they’ll think about McKenna, and pick up their shiny new gadgets to do something good filled with time and shiny new gadgets, they’ll think about McKenna, and remember that technology doesn’t need to separate us from our families, in fact, when they use it together, they can do some pretty remarkable things.

Have a happy and healthy holiday!! 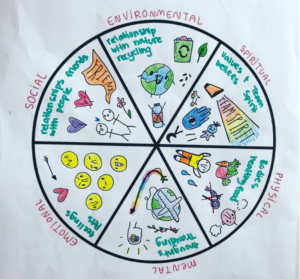 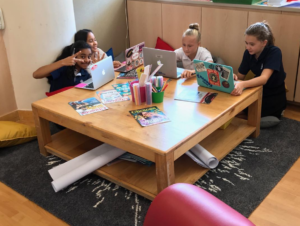 Hi friends! Below you’ll find a link to the pages for all of our workshops this weekend. Google Doc folder containing all of the slide shows

Healthy Eating: If you’re looking for ways to incorporate project-based learning into your Health class, (and let’s be honest here, you should be!) then why