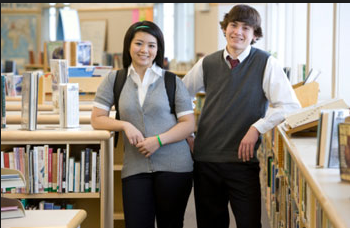 The Dallas School Board just made a ruling about easing up on their dress code for their overweight and obese kids, no longer forcing them to tuck in their shirts.

While I’m all for this… there’s nothing worse than trying to tuck in a shirt when you’re not feeling great about your body… when I read this article, I was a bit shocked at the comments people were leaving underneath.

First of all, when you see the numbers of kids that are getting bullied for their size, it’s heartbreaking. 58 percent of boys and 63 percent of girls are getting teased for being overweight.

But let’s look at the root of the issue here. How about if, rather than spending all of this time and energy debating back and forth about how the kids should dress, we actually spent time talking with them about how their bodies are changing. And more importantly, how to deal with these changes by finding healthy coping skills.

Let’s put it like this. It’s not uncommon for a girl going through puberty to put on as much as 20 lbs. of pure body fat in one year. Eventually, if she’s maintaining healthy eating habits and staying active, that fat will go where it needs to go… her hips, breasts, and thighs. If, however, she gets teased relentlessly for becoming “fat”, she’s got to turn somewhere to deal with her stress. Too embarrassed to join in on sports because of her weight gain, she’s most likely to turn to food.

This sets up a cycle where food becomes the stressor and the coping skill all at once.

This isn’t just an issue for girls either. More than half of boys will experience breast swelling during puberty as their chest muscles develop. I can’t imagine any pre-teen boy who wants to wear a fitted shirt when he thinks he’s growing breasts.

Again, talking about all of this with each other means nothing if we don’t involve the kids. We need to spend our time and energy talking to them about how everyone’s body is changing… and that making fun of each other for the way they look is messed up. Especially when they’re all in this puberty thing together.

I mean, look at all of the disproportionately large feet in the middle school hallway. This puberty stuff doesn’t happen evenly, and it sure as heck doesn’t happen overnight.

Not having to tuck in your shirt is a good start… but I’d be curious to see what kind of bullying prevention and Health education requirements they have going on in their district. With only 20.6% of middle school students in the states taking Health class, I’d say those odds are, sadly, not high enough.